It is gratifying to witness the promotion of more women to the cabinet following the reshuffle this summer. And even more reason to cheer is the recent news that Glencore, a bastion of male industry became the final FTSE company to appoint a female director. All signs that we are ever moving nearer to the government target of 25% female board representation by 2015. Whilst we still fall short of the target, the fact remains that there are significant cracks appearing in the ceiling. And every reason, as a woman, to push through to grab those top jobs.

So, leaving aside the debate around the pros and cons of positive discrimination, there is a definite and positive move to improved gender balance at senior leadership levels. Yet there is still some further need for adjusting attitudes from both male and female perspectives to drive this through and pick up the pace of change. On the one hand there remains the unconscious bias from male-dominated board rooms, and on the other it appears that women are sometimes reluctant to move into these roles, because of self-limiting beliefs and lack of confidence to really ‘own' those board room seats. Recently we were lucky to interview Gillian Karran-Cumberlege, founding partner of executive search company Fidelio, about her own experience on her journey to the board. Up until 2007 she was Group Head of Investor Relations for Volkwagen, and significantly the most senior female senior executive. Consequently, Gillian has a double perspective - her personal journey to a Group Executive position, in a very male dominated environment, and now her present position as a recruiter and advisor for women seeking senior leadership roles.

Looking back, Gillian’s advice to women who want to reach board level is,“Be confident, indeed as confident as your male peers. Learn about the career paths that successful executives take to get to the top of their profession and be prepared to follow it. Take career decisions that give you the relevant exposure and credentials to get you there.” A key factor to Gillian’s own success is her evident self–belief. She recalls how on graduating from Cambridge, her tutor stated, “She looks as if a puff of wind would blow her over but intellectually she is very tough”. Not an appraisal you would imagine her male peers would have ever received! And yet bizarrely complimentary. Gillian has always achieved an effective balance between femininity and firmness. A question many women in similar positions face is how to portray toughness and resilience in a boardroom full of testosterone, whilst keeping true to their own personality and femininity. In order to achieve a successful balance, it is important to understand these behaviours and how they can maximise personal impact in different situations.

RADA business has developed a course aimed at exploring and developing influencing skills for women who are interested in maximising their career. The course looks at the specific challenges faced by women when navigating this new business environment, and how to find, then use to best effect their voice and personal impact. This learning environment for women provides a safe, open and honest forum for discussion and sharing of experience and challenges. Moreover it is a course designed support women to assert their right to ask for things, proceed with greater confidence, and challenge self-limiting beliefs to take occupy their space at the boardroom table.

You can find out more about this course here or please contact us on ask@radainbusiness.com or 0207 908 4810. 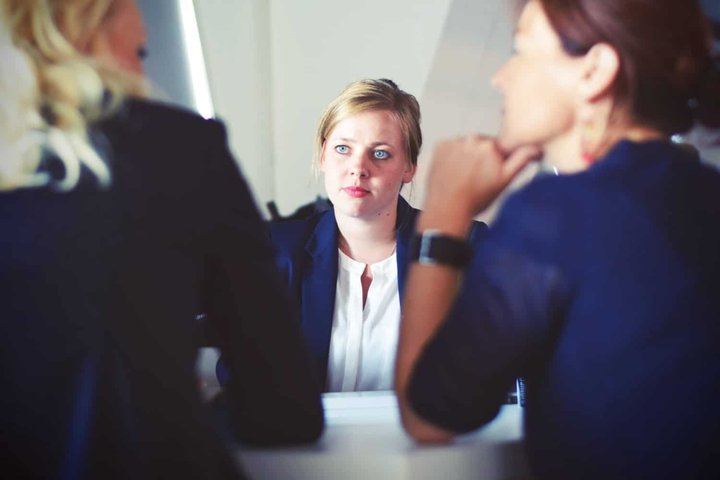