Women In The Boardroom - What's Holding You Back?

Historically few women have occupied the most senior roles in business but things are changing rapidly. By 2015 the Government recommendation is that 25% of FTSE 100 boardroom places be held by women.

Over the past 4 years there has been a surge in the number of female executives who are looking to enhance their personal impact, confidence and credibility in the boardroom.

Research conducted by Heather Jackson, Founder and Chief Executive of The Women's Business Forum, states that 92 per cent of women regard lack of confidence rather than concrete obstacles as the greatest impediment to their promotion.

So with this in mind here are a few top RADA tips that will help you enhance your authority and credibility as you move up the corporate ladder.

To maximize your credibility, minimize your movements

A certain amount of movement adds meaning and passion to your message but too much can be distracting. Keep a stable stance and when you do move make sure there's a reason for it - not just because it busts your adrenaline.

Head tilts are a particularly female gesture which can be interpreted as a gesture of submission. Look around and notice how rarely men speak with their heads tilted to one side. Women often use it to show that they are listening or empathetic. Women who want to project power and authority should keep the head straight.

When Madeleine Albright, former United States Secretary, was asked at a conference of up and coming female executives what was the single most useful thing they could do to get to the top she said, "Learn to interrupt!" Women tend to wait their turn in negotiation and talk less than their male counterparts. You don't need to be aggressive but you do need to have a strong and confident voice to make your message clear.

And just one more thing.... VOICE IS KEY!

Sheelagh offers one-to-one coaching which can address your general issues of communication or focus around a particular aspect of personal presence or an upcoming communication challenge. To find out more about our coaching visit our One-to-One Coaching page. 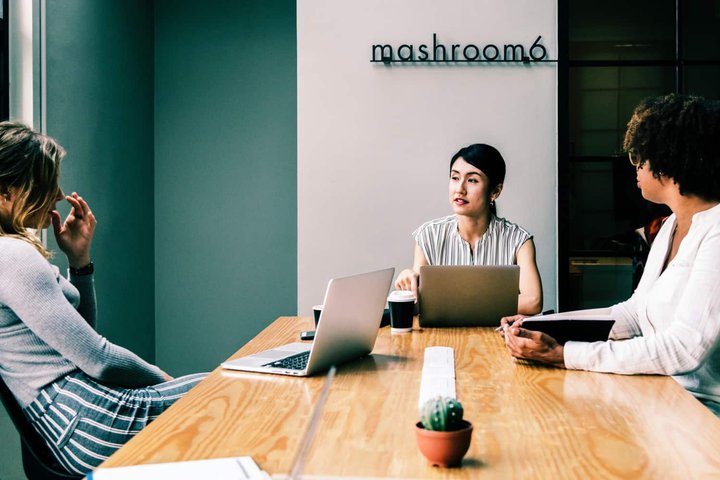