This Is A Voice (The Wellcome Collection)

At RADA in Business, the voice is one of the most important tools we train. Clients are often amazed at the significant impact that can be made with relatively small changes. The Wellcome Collection current exhibition ‘This is A Voice’ explores the unique grain of a human voice, the voice’s utter flexibility, and the ways in which it can be altered with treatment and training.

We have come to think of speech as just words, merely there to carry information from one brain to another. But the power we have to communicate and connect to people with our voice is much greater than that. And of course, pure sound is how humans originally used their voices – to bond, attract and connect with sound – far before using it for information exchange.

This Is A Voice addresses the relationship between sound, language and meaning – or apparent lack of it. It begins with exhibits about the voice as pure sound – grunts and song – and leads through to pieces focusing on speech, accent and dialect.

The language of birds

As part of the exhibition, daily 20-minute vocal performances (called ‘voicings’) are held, which draw on the language of birds.

Birds bond and attract each other through song. When male nightingales are hoping to attract a mate, the most successful is he who can vary his melody the most. Once he has wooed his bird, he can find her again (should he want to) by following her song – the breath that comes out of her manifesting in music, rather than words.

The ‘voicing’ was a wonderfully odd thing to witness. Bird calls (those of the chaffinch, robin and nightingale) had been recorded and then slowed down. This meant that they were low and slow enough for the human voice to recreate – which three performers did, by listening to the birds in their headphones and emulating what they heard.

Birds have always known what we humans are beginning to remember: that it’s not just what you say, but how you say it.

Learning a language with no meaning

The Wellcome Trust has also worked with 5Hz Project on their ‘language school’, an audio lesson in a made-up language. It uses only tones and rhythm to connect, rather than assigning sounds to concrete meanings or words, like we do. The sounds of the language have been collected partly through brain scans of subjects’ responses to a range of vocal signals, to find which were the most effective in forming social connections between people.

First, participants learn the component sounds of the language – the alphabet. It contained six sounds: three vowels and three consonants, which are learned in phonics as a child would. In the next stage the ‘syllabaries’ are learned, combining each consonant with a vowel sound, before moving on to ‘glides’ – putting two vowels next to each other, for example ’eeeooo’.

Visitors are then set free to play with different combinations of these syllabaries and glides, experimenting with rhythms and melodies and ‘conversing’ with a partner. Using these combinations, a sequence of the ‘language’ is built according to what feels most enjoyable to listen to and repeat.

The voice as a bonding tool

These elements of the exhibition echo what research shows: that we favour song-like tones, pitch glides, open vowel sounds and varying rhythms when we listen to others’ voices. It is good to be reminded of how the voice can be a bonding tool before words and meaning get involved.

This also confirms what many clients at RADA in Business have said they feel in their bones to be true – that the sound of your voice can help or hinder you when it comes to business relationships. People often come to RiB because they feel stuck in a monotonous pattern or feel their voice is “boring”, and want to learn how to make it more expressive. Most of the time, it is helpful to us if our audience, whoever they are, are emotionally invested in us in some way. And we can encourage this investment and connection through our voice, opening up our words and using more melody when we speak. 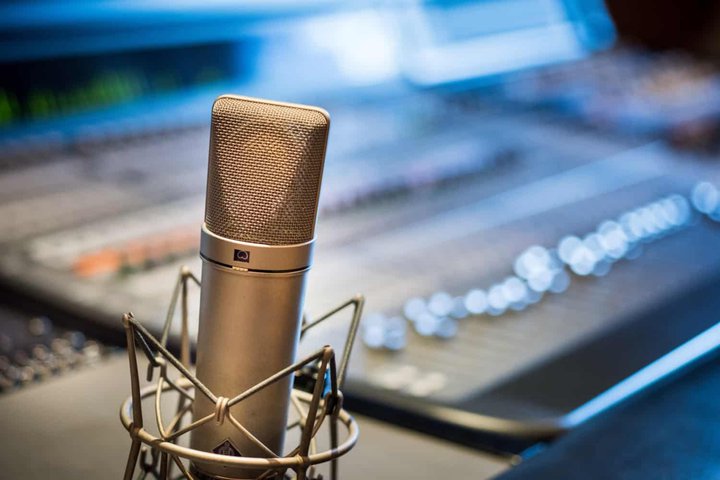