As simple as it sounds, it is so easily forgotten. Ever more so apparent in my experience recently when travelling to Italy. Two planes, a week apart – both delayed with the same problem, resulting in us sitting on the tarmac both times for over an hour. And yet, both experiences had an entirely different effect on the passengers, as a result of the communication we received from the captain… or didn’t.

On the way out, with our plane already delayed an hour – no surprise with the gales blowing across Britain – we finally piled on expectantly. The holiday hoards stuffed in – half term so plenty of children, and all the extra luggage that goes with it – the doors were shut and the engines switched on. We started taxi-ing and the safety video pressed to play. We were off at last… But then the Captain came on. “We are sorry, but it appears we are going to have to go back to the stand. It seems there is a discrepancy with the passenger list and this must be checked”. Of course some resigned sighs, and worried thoughts about missed connections. But on the whole, a relaxed forgiving mood in the plane. Once back at the stand - the Captain, in his friendly, warm, and ‘collusively’ frustrated tone announced “ Actually it seems the problem is a dent was noticed in the plane, whilst the baggage was loaded. Whilst I am totally sure this is nothing to worry about, you will understand that it is protocol to have this checked by an engineer…(blah blah) … tell me this will only be 10 minutes wait…blah blah…but rest assured I would not fly if I wasn’t entirely happy the plane was safe…” etc etc. We were kept informed, all the information we needed, pre-empting peoples angst, and in an empathetic manner.

The story couldn’t have been more different on the way back. After piling on to the plane, cramming the ove-filled overhead lockers shut, and wrestling ipads from children as the safety announcement starts, we then waited. No engine starting. No movement. No announcement. In fact, nothing.

Needless to say, passengers get restless. They want to know what’s going on. Angry people start to demand for information from the crew…

The first announcement from the Captain – 40 mins later – “ This is the captain. And I will not tolerate any aggressive behaviour towards my cabin crew. I do not need to tell you that safety is paramount to us and we must check that the plane is safe before leaving…”

Turns out there was another ‘dent’ spotted in the aircraft. (I can only assume that we managed to get on the same sorry plane on our journey home.) But the same problem was dealt with in such a different way by the Captain. The first was warm, reassuring, understanding and entirely difficult to become cross with. The second was defensive, aggressive, reluctant to inform and, quite frankly condescending. None of these traits did much to help the fact that the passengers were already cross, as no- one bothered to tell us what was going on.

A small shift in focus can make such a huge difference in the customer experience. Summed up by my 9 year old daughter, as we waited on the plane home – “Our last Captain was a lot more reassuring". In this comment my daughter revealed a universal truth: that we are all communication experts and how people communicate with us determines how far we are willing to trust them. 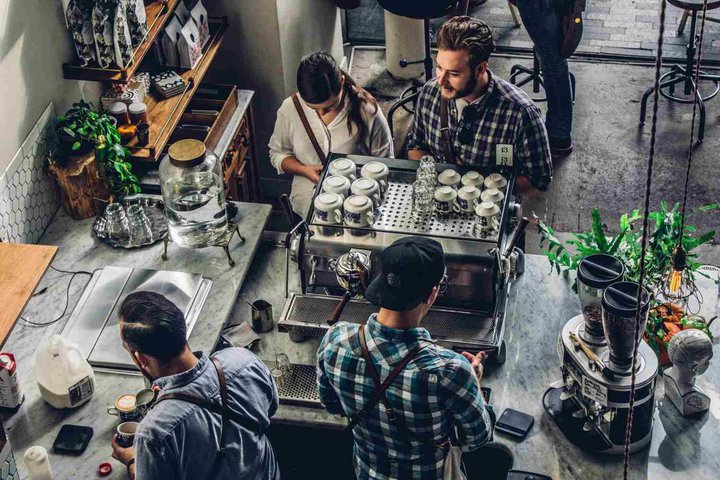