Gender parity at the British Chambers of Commerce Annual Conference

As guests at the British Chambers of Commerce Annual Conference this month, it was heartening to see gender parity amongst its guest speakers and panellists – not least because it was also International Women’s Day.

Supporting women to find their voice, be heard and succeed in business is something close to our hearts here at RADA Business. We’ve worked with over 300 women during the last three years, at various levels, to enable them to successfully hold their space, land their messages with impact and achieve their goals.

In his opening address, Adam Marshall, Director General of the BCC praised his team for their efforts to ensure gender equality on the day – stating that they had purposefully sent 75% of their invitations to speak to women, and 25% to men. He revealed that only 25% of the women invited said yes, compared to 75% of men. This was seen positively - proof that women were too busy running businesses to speak at events. Yet it highlights something we’ve found from running our programmes for women; that many women still lack the confidence to put themselves forward and step into the spotlight.

However, it is clear that when women do take the stage, they do so to profound effect. Miriam Gonzalez, Partner at law firm Dechert, spoke with intelligence, passion and eloquence about the future of UK trade. Arlene Foster, Leader of the Democratic Unionist Party, used personal story to powerful effect. She shared some traumatic details of her life growing up on the Irish border and connected with the audience on both an emotional and intellectual level.

Much of the conversation on the day focussed on the future of business and work, drawing conclusions that in a high-tech world, as we enter a fourth industrial revolution, what will become most important are key human skills - skills like empathy, emotional intelligence, resourcefulness and creativity. Skills that Sahar Hashemi OBE cited as being ‘feminine’. Skills that many of the female speakers were putting to good use, and skills that companies like Sky know are highly valuable as they drive towards a 50:50 gender balance. Indeed, a recent McKinsey report into Gender Parity found that if women equally participated in the global economy, they could generate additional GDP worth $28 trillion by 2025.

We see for ourselves the incredible levels of talent, intelligence, and drive in the women who come to us for training. Through our suite of courses, we help women at all levels of the corporate ladder to develop resilience and communicate with presence, effectiveness and credibility, so that when they speak, people listen. Our experience at the conference last week shows just how needed and powerful these female voices are and will be, both now and in the future.

Read more about our courses for women. 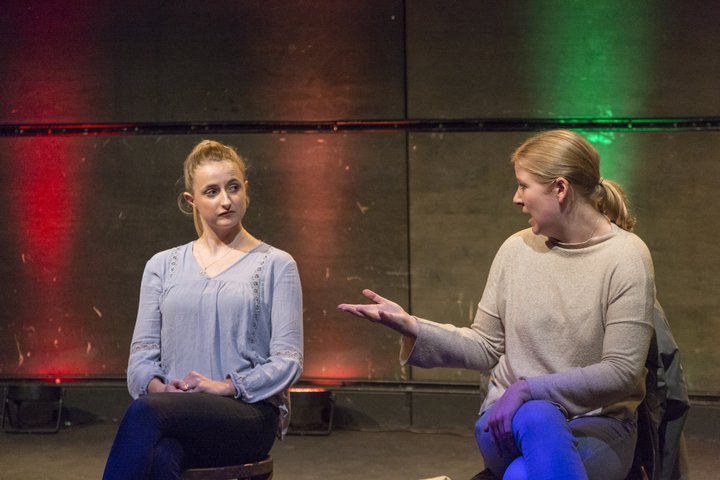